This page may contain affiliate links. Please read my disclosure.
Table Of Contents

What are natural sweeteners?

On plan natural sweeteners are those that don’t cause spikes in blood sugar. They are also those that are derived from plants as opposed to conjured in a laboratory.

Allulose is a monosaccharide and a rare sugar (meaning it occurs in very small quantities in nature). It is found in various fruits such as figs, raisins, and jackfruit and it is present in nutritive sweeteners like maple syrup and molasses. It tastes exactly like sugar, though only 70% as strong, and it registers a zero on the glycemic index.

Chicory root (Cichorium intybus) is grown in northwestern Europe. It is the source of inulin, a water-soluble fiber. Chicory root isn’t usually used alone as a sweetener itself, but is sometimes included in sweetener blends or added to sugar free foods.

Kabocha is a sweetener derived from the kabocha squash (also known as Japanese pumpkin). It is considered a superfood and the resulting sweetener can be used as an equal (1:1) replacement for sugar.

Monk fruit (luo han guo) is created using the juice from the monk fruit which is an Asian melon. The resulting sweetener is an extract that is about 100 to 300 times sweeter than sugar, meaning that very little is necessary when sweetening things.

Monk fruit can be used as a pure extract, but it is most commonly found in sweetener blends.

Stevia (Stevia rebaudiana) is native to western North America and South America. It is often wrongly accused as an artificial sweetener. In reality, stevia is derived from the leaves of the stevia plant, making it a very natural sweetener.

Like monk fruit, stevia is an extract and can be as much as 150 times sweeter than sugar.

Stevia powder can be green or white. The green is made using the entire leaf. White is made from the leaf as well, but the leaf portions are removed, leaving just the sweet content.

The sugar alcohols (aka polyols) erythritol and xylitol are also often dubbed artificial, but that is a misnomer. They are created by fermenting plant sugars (usually from birch or corn).

Both erythritol and xylitol are super high in carbs, but because the body can’t digest them, every last carb from these guys are neutral (don’t count).

Well, kind of. It is heavily processed, so not really considered natural. And it is super high in calories and spikes your blood sugar big time, hence why it is not on plan in large amounts.

That said, a tiny bit of sugar in your diet (including during weight loss) is okay–as long as it stays teeny tiny. Two grams or less in a meal will probably be fine (though you should still keep an eye on your own body and your own blood sugar levels to see how you do–if it harms you, ditch that tiny bit, too).

Some sugars like coconut sugar and honey are easier on blood sugar levels, but they too should only be consumed in small quantities (or not at all if you’re in weight loss mode).

Below are my favorite on plan sweeteners. These are the ones you’ll see most often in my recipes. 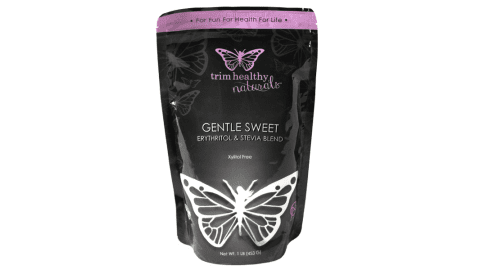 THM Gentle Sweet
Trim Healthy Mama
A great sugar replacements that isn't bitter to most people. There's a xylitol free version as well for those with grabby dogs.
Let's Go 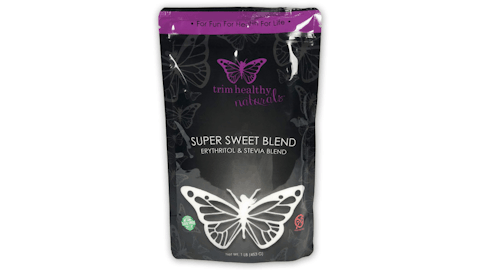 THM Super Sweet Blend
Trim Healthy Mama
Great for recipes where you want to just not use as much volume of sweetener as you would with Gentle Sweet.
Let's Go 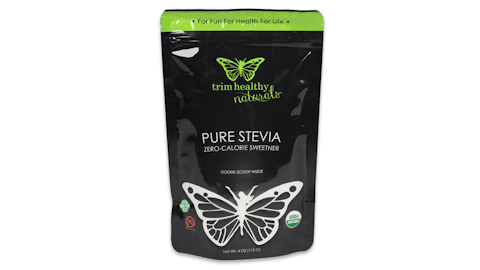 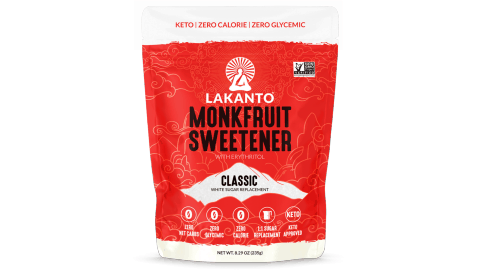 Lakanto Classic
My favorite non-THM sweetener. Has a blend of monkfruit and erythritol.
Let's Go 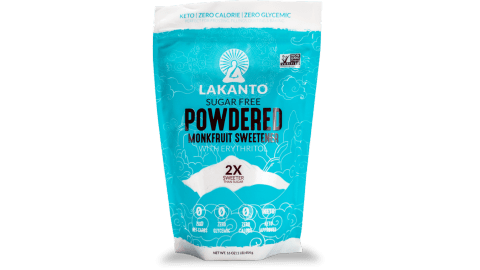 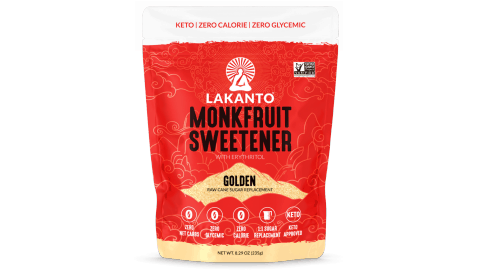 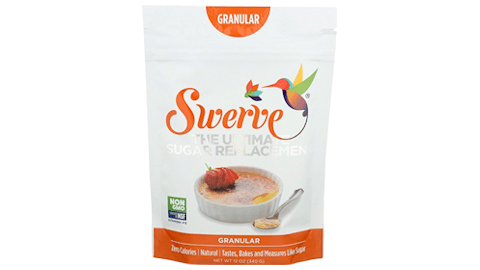 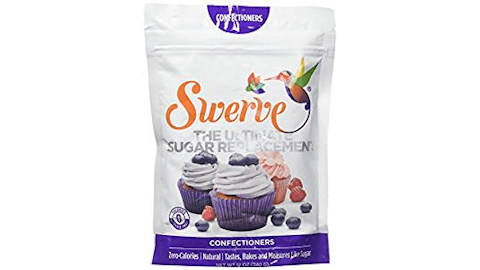 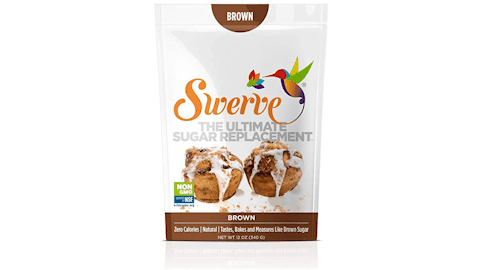 What are artificial sweeteners?

Artificial sweeteners are exactly that–artificial. They are sweeteners that are man-made using chemicals in a laboratory.

Artificial sweeteners, though lacking in calories, still cause spikes in blood sugar which make them unhealthful and inconducive to weight loss.

Need powdered sweetener? Learn how to make your own at home using any granulated sweetener.

Discover how easy it is to make your own colored sweetener–perfect for on plan sprinkles.

Out of your THM sweeteners? Learn how to make copycat versions till your replacements arrive.

Below is a chart that lists quite a few of the on plan sweeteners that I recommend. If you’d like, you can print this chart (be sure to set it to print in landscape) so you can keep it handy. If viewing on a mobile device, you may need to turn your device sideways to see the whole chart. When printing, you might need to set your printer to print in landscape. 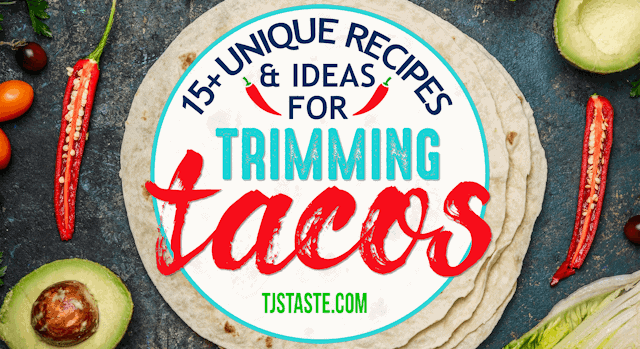